New Sauce Alert! Rising new artist KINGxKAZ recently dropped off his latest project “Energy” & he got down on this whole project, for sure. KINGxKAZ is fun, real, & raw & his music has a sound that’s in its own lane. It all depends on the vibe he’s in since he’s versatile & has quite a bit of range. At its core his sound is inspired from his personal experiences, partying and the adventurous lifestyle he has. He grew up listening to 90s and early 2000s Hip-Hop and Rap. KaZ has been taking his music career seriously for 2 years and his future looks promising. Currently, his most recent project is titled “ENERGY” which is getting a lot of recognition since being released. Never afraid to speak about a difficult situation or speak his mind, KING SZN came to fruition after KaZ moved from Maryland to back to Georgia after graduating from Bowie State University with battling depression, anxiety and coming to a new area gaining complete independence. Regaining confidence again was his attempt in stepping into his rightful place, as king in his own lane as the sole ruler of his life. In that moment this was the season to grind and make a name for himself. While detailing his experiences with depression, experiences with different women and lifestyle in his writing, KaZ’s raw, unfiltered, goofy, and explicit outlook on life has managed to create an unapologetic bold statement that gives you a different perspective of who is. 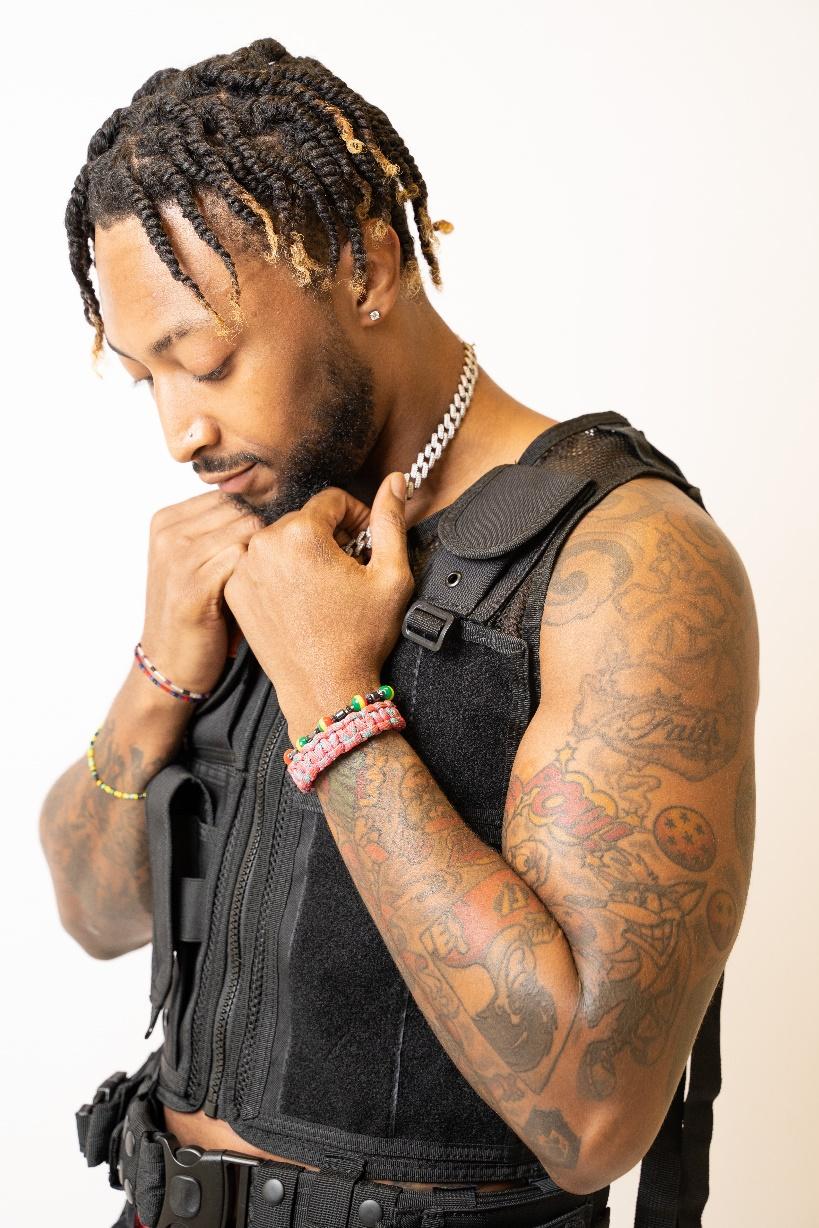 KINGxKAZ is best known for his witty lyrics, tattoos, digital art, goofiness and sexual exploits. Even after only been making music for a year he has propelled himself in style and stood out. KaZ has released numberous singles, 2 EPs, and a few remixes with more on the way. In the CookUp Studio competition he won 2nd place, coming out a three-way tie for 1st place in 2021. Also in the same year he has performed at Coalition DJ’s “New Music Monday” where debuted three new singles in which he received positive criticism. He was featured at the “Who’s Hot?” artist showcase hosted by Hot 107.9 ATL during birthday bash week. Since then KaZ has been challenging himself with different styles and types on music to further expand his range and performance abilities. He has also been featured on “The Underground Lab” internet platform. This 13 song project is not only relatable but solid from beginning to end. He talking that talk, giving you real vibes but hip hop feels. The beat selections & production was pretty solid as well. “Wicked” which is one of the joints on the project just happens to be one of my lowkey favorite joints on the project. KaZ has a few things upcoming for his listeners and fans like a few singles, merch and another project slotted for 2023. KaZ is also a traditional and digital artist, so he is also providing visuals along with other art concepts for anyone to enjoy. He making a statement early that he’s not with all the clout chasing & gimmicks. He just focused on the craft and hopes to continue to build his growing fan base with all this sauce he been dropping + on the way. Expect to see more of him as he’s focused on bringing more attention to his music getting into blogs, doing podcasts, appearances etc…. Make sure you take a listen. Straight sauce right here!

Processing…
Success! You're on the list.
Whoops! There was an error and we couldn't process your subscription. Please reload the page and try again.
%d bloggers like this: