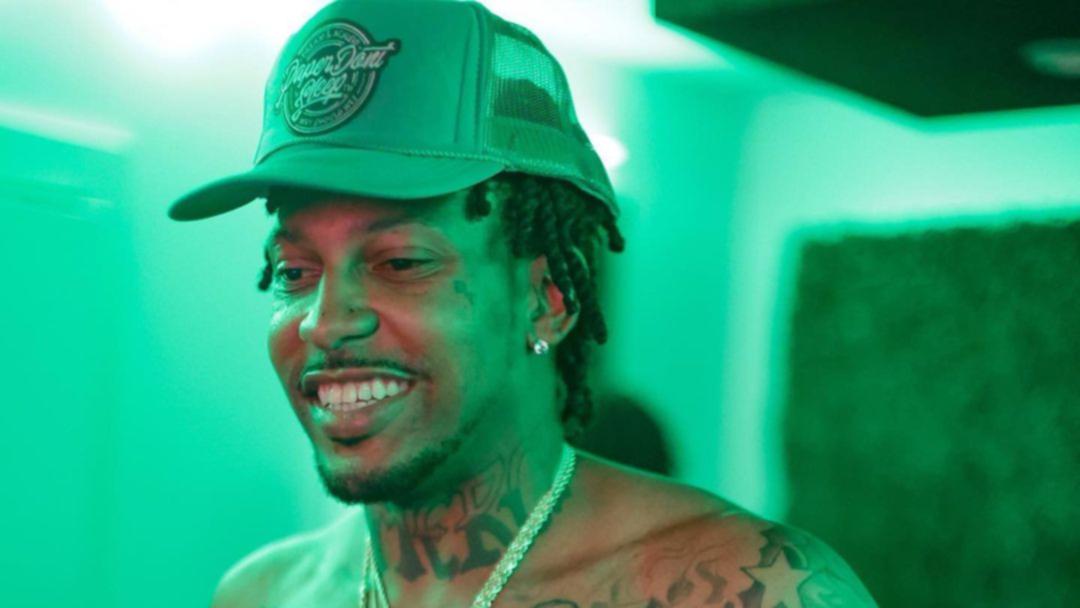 American rapper Trouble was killed in a shooting on Sunday just hours after performing in his hometown of Atlanta.

The 34-year-old, who was best known for his music showing the grittier side of life in Atlanta, was shot at around 3.20am before being taken to a local hospital, where he died from injuries.

Trouble, whose real name was Mariel Semonte Orr, died in a home invasion at Lake St. James Apartments in Conyers, about 40 kilometers east of Atlanta.

For more Celebrity related news and videos check out Celebrity >>

WATCH IN THE VIDEO ABOVE: County Sheriff provides update on Rapper Trouble death in Atlanta

Rockdale County Sheriff’s spokesperson Jedidia Canty said at a news conference Sunday that a suspect, identified as Jamichael Jones, 33, was being sought on warrants based on allegations of murder, home invasion, and aggravated assault.

In a post on Instagram on Sunday, Def Jam, one of the rapper’s record labels, shared condolences with Trouble’s family.

“Our thoughts and prayers are with the children, loved ones, and fans of Trouble,” the post said.

“A true voice for his city and an inspiration to the community he proudly represented.”

Jones, the suspect, was involved in a “domestic situation” with the woman Trouble was visiting, and he and Trouble did not know each other, Canty said.

He was pronounced dead at the scene.

The woman, who was not identified, was reportedly not described as injured.

As fans used social media to grieve and express anger over Trouble’s death, Canty said, “I know there are a lot of people that are really upset right now.”

Canty said deputies were looking at all the suspect’s known haunts in an attempt to take him into custody.

“Rip @TroubleDTE,” she wrote. “I’m so sorry this happened to you Skoob. You didn’t deserve this. I’m praying for your kids and family.”

Trouble’s death comes just weeks after he posted an eerie tweet about mortality.

“Respect yo ppl Respect life! It can Be all ova anyday! On Lord.”

Trouble was known for songs like “Bring It Back,” “Ain’t My Fault” and “Come Thru,” among others.

He released his first mix tape, “December 17th,” in 2011. It was quickly recognized by Complex as one of the best of the year.

Complex described Trouble’s music as showing off the grittier side of Atlanta while having “considerable musicality” and “serious pop sensibilities.”

Trouble continued to release mix tapes through 2017 before he explored the traditional album format.

His last two long players, Edgewood and “Thug Luv,” were released by labels under Universal Music Group, including Def Jam and Ear Drummer/Interscope.

Los Angeles hip-hop journalist Jeff Weiss tweeted that Trouble “rapped like a 7-foot Terminator — an invincible force of nature — but with an emotional streak, artful videos, and agile cadences that offered perfect balance.”

“Some of the hardest street rap ever made,” Weiss said.