Cyberpunk 2077 will let you more easily reset your character’s perks in the upcoming 1.3 patch, according to a new blog post from developer CD Projekt Red. The new feature arrives ahead of the next-gen upgrade set to hit sometime this year and could be useful for anyone who wants to dive back into the game and switch up how their character plays.

You can see the new feature in action in a video from the developer, which shows that you’ll have to pay some in-game currency to reset your perks. You can already reset your perks, but it’s quite expensive to do so — this new option seems to be much more affordable.

It appears that the reset feature doesn’t let you switch up your attributes (the five main traits in the game’s skill tree that house the different perks) so it doesn’t seem like you’ll be able to entirely respec your character. But if you feel like you haven’t picked the right perks or just want to build your character differently, the reset feature seems like it will offer a cheaper way to mix things up.

Patch 1.3 also looks to bring a welcome improvement to the mini map you see while driving. In the new update, the mini map appears to be more zoomed out than it was before. I regularly careened past turns because they appeared with little warning on the map, so this change will hopefully make it easier to know where you need to go.

CD Projekt Red hasn’t shared a release date for patch 1.3, but the developer promises that a full list of 1.3 changes is “coming soon,” so perhaps the update is imminent. The studio has released numerous updates to Cyberpunk 2077 following its troubled launch, and the game’s latest roadmap (last updated July 1st) indicates that free DLCs and a free next-gen console update are scheduled to be released sometime this year. 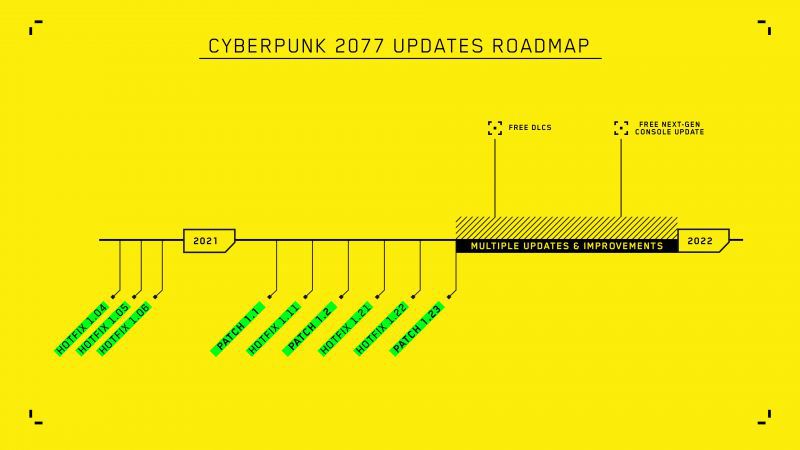