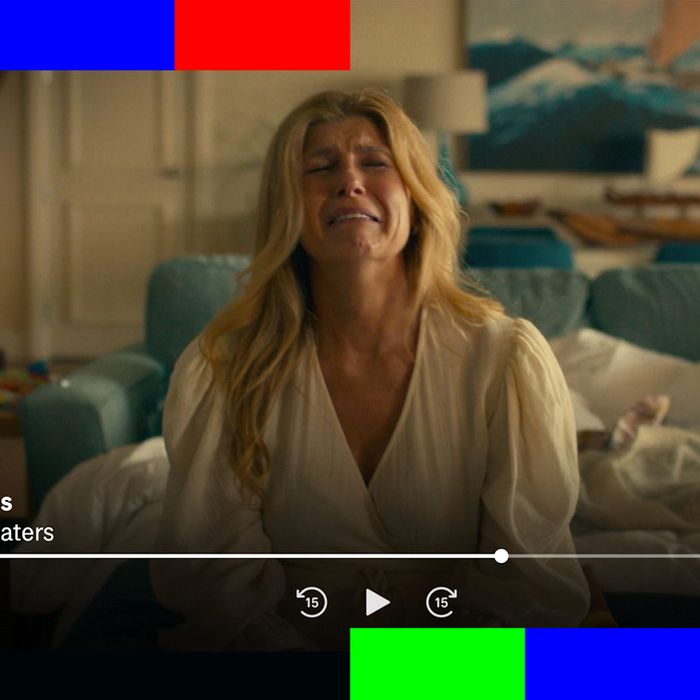 This story first ran in Buffering, Vulture’s newsletter about the streaming industry. Head to vulture.com/buffering and subscribe today!

HBO Max execs have had plenty of reasons to celebrate this summer, from an impressive showing in the Emmy nominations and rapid subscriber growth to its first-ever expansion into countries outside the United States. But much as the glitzy exterior at The White Lotus hides some ugly truths, the platform’s strong overall performance has masked a major issue: For a not-insignificant number of customers, actually using the Max app over the past few months has become an experience scarier than a Tony Soprano nightmare. The good news, Buffering has learned, is that a major fix is in the works.

First, though, let’s dive into the issues troubling the platform, which range from tiny glitches to near-apocalyptic failures:

Back in June, some subscribers who accessed Max via Apple TV’s high-end streaming devices found it almost impossible to fast-forward or rewind programs. While that bug was squashed for most users relatively quickly, HBO Max insiders acknowledge that issues with playback control and scrubbing are still popping up for some folks when they watch titles with longer run times, including movies.

Apple TV users this summer also had to deal with a problem surrounding subtitles, closed captioning, and audio description. The Max app wouldn’t remember their settings, which meant folks needed to turn these features on or off each time they returned to the app. Thankfully, this problem appears to have been fixed.

Not all customers have been so lucky: Roku users have borne the brunt of the Max malfunctions. In addition to overall slowness and occasional freezes, many are still experiencing repeated crashes when trying to play content on the app, often rendering it virtually unusable — or at the very least incredibly annoying.

To be clear, not every operating system has been affected by these bugs, and even within various classes of devices, the level of pain can vary. I noticed the Apple TV captioning glitch a few weeks ago, but Max is working just fine on my Roku. There hasn’t been some sort of cataclysmic failure of the Max app — not even close to it. And yet, these issues have become widely felt, so much so that they’ve even turned into memes on Twitter. “Attempted to rewind on the HBO Max app and my TV started smoking and shaking then fell off the wall,” one user wrote last week, generating nearly 11,000 retweets. Added another, “I tried to rewind a show on HBO Max and now I am being tried at the Hague.” One frustrated consumer was brutally blunt: “HBO Max bravely answers the question, ‘What if the people who designed an app fucking hated their customers’.” Over 160,000 users have liked the tweet within the past week.

We see the crash logs. We’re not blind to it.

HBO Max execs don’t actually hate their customers, of course. Quite the contrary: They’re well aware of the issues plaguing the user experience and have been scrambling to fix things. The biggest problems with the Apple interface were addressed within weeks, and a company source tells me the remaining errors should be corrected within days. As for Roku users, the company put out a statement at the end of July admitting the “experience on Roku devices isn’t at the quality level we want and our users expect” and promising the platform was “hard at work on resolving these issues.”

Fixing the problems is taking time, however, and a senior WarnerMedia exec tells me the social-media commentary surrounding the Max app’s summer snafus has been “super painful” to take in. He also admits that, in this case at least, it’s not just a matter of People Whining on Twitter. “We see the crash logs,” he says. “We’re not blind to it.”

The WarnerMedia exec tells me some of the trouble can be traced to bugs that cropped up as part of the June launch of a new $10 ad-supported tier and, just a few weeks later, the expansion into 39 new countries and territories. Integrating commercials into what had previously been an ad-free platform meant introducing a whole new layer of coding into the app, thus increasing the potential for technical hobgoblins to sneak in and make mischief. Similarly, distributing Max programming to dozens of new, non-English-speaking markets also required tons of engineering bandwidth with the Herculean effort needed simply to add subtitles to thousands of hours of programming.

The largest issue is that Max has been running on a retrofitted version of the old HBO Go and HBO Now services.

However, the larger issue, according to HBO Max insiders, is that the current app wasn’t built from scratch the way Netflix or Hulu were brought to life. Instead, Max has been running on a retrofitted version of the old HBO Go and HBO Now services. While those were both solid applications, they were designed for a very different product. According to the WarnerMedia exec, the main concern of the engineers then was making sure everything didn’t crash when hundreds of thousands of people simultaneously streamed Game of Thrones on a Sunday night. “That program was built for scale, and it was rock solid,” he says. HBO Max obviously still needs to handle a lot of traffic all at once, but it’s serving up substantially more content to a bigger audience — subscribers who are spread around the globe rather than living in just one country. Trying to do that on the existing platform has been a challenge from day one.

There is hope ahead, both for consumers and for the product-support staffers forced to answer all those angry tweets from frustrated users. Instead of simply rushing to plug holes in the existing infrastructure, HBO Max is getting ready to roll out a completely new app, one built from the ground up to match the needs of the current service. While it hasn’t been publicly announced yet, “We’re going to replace every single connected TV app in the next four or five months,” the WarnerMedia exec tells me. Woebegone Roku users will be first in line to get the new Max app along with PlayStation customers. Apple TV customers will likely have to wait until the end of the year, while an overhaul of the mobile and web-based apps is penciled in for early 2022.

Roku users will be first in line to get the new Max app; Apple TV customers will likely have to wait until the end of the year.

The upgraded Max app has been in the works for a while now, since at least late last year, which is when WarnerMedia acquired a company called You.i TV with an eye on revamping the guts of its app. While the new offering won’t look dramatically different for most users at first, “It will be wildly better than what’s out there,” the exec says. “It will just work better across the board.” Of course, the relaunch may result in a few new bugs popping up in the short term — that’s common for any new product launch — but the exec says users will quickly see a much more stable experience. Eventually, once the basic mechanics of the app are fixed, the exec says the plan is to begin introducing more noticeable new features and evolutions, changes that will make for a more “sophisticated and cool and sexier” interface.

Having so many technical issues crop up in such a short time frame isn’t just a PR headache. Competition for subscribers and audience attention is so intense right now, the last thing any streamer wants is to anger customers with a poor user experience. Though, in fairness to HBO Max, it’s worth noting that technical demons have become a distressingly common occurrence in the streaming age. Every platform deals with criticisms over how its particular user interface functions.

For instance, while you can rewind and fast-forward shows on the Peacock connected TV apps, I can report that the process is both painful and slow. Paramount+, meanwhile, somehow launched without giving users the basic ability to add shows to a content queue (it’s since been fixed). And despite purposely keeping its user interface incredibly simple, Disney+ famously imploded on its first day back in 2019.

It’s also highly unlikely a substantial number of folks will cancel specifically because of a buggy app, even one with the level of mishegoss as Max lately. But it’s not irrelevant, either. Sure, content is what drives subscriptions in the streaming wars, and great programming will always be far more important than a perfect interface. Yet the reason Netflix has spared no expense trying to perfect its app is that it understands that a constantly evolving product is a key tool in convincing members to stay put within its programming universe. You might not give up HBO Max because of issues with rewinding or too many crashes, but you may very well end up watching fewer titles or switching over to an app that runs more smoothly. So while the sort of buggery that has bedeviled Max of late isn’t going to be fatal, it sure doesn’t help with short-term momentum.

Sign up for Vulture’s insider newsletter on the streaming industry from editor Joe Adalian.

Because it’s not part of a massive entertainment conglomerate, AMC Networks’ streaming efforts — AMC+ and a collection of niche apps such as Shudder and Acorn — haven’t gotten the same level of attention (or scrutiny) as other direct-to-consumer platforms. But the company has been quietly plugging along during the pandemic, adding new subscribers at a very healthy clip. Last week, it said its various services will collectively boast 9 million subscribers by the end of this year, and it is forecasting that number will climb to 25 million by 2025.

It’s a sign that the company’s streaming efforts are being taken seriously by outside players.

Reaching those goals got a bit easier today with the news that AMC Networks has struck a deal with Verizon to give the wireless and internet giant’s customers up to one year of free access to AMC+. Vulture’s Streamliner has all the particulars here (in case you’re looking for a freebie), but this is more than just a nice bit of marketing for AMC Networks. It’s a sign that the company’s streaming efforts are being taken seriously by outside players and that AMC Networks is just as serious about growing that part of its business.

While it’s no longer unusual for wireless services to partner with streamers to bundle subscriptions — all major carriers do so now — until recently, the streaming video services that struck deals with phone companies had mostly been much bigger than AMC+. Verizon, for example, was a key launch partner for Disney+ and now offers the Disney Bundle to its best customers. AT&T (HBO Max), T-Mobile (Netflix), and Sprint (Hulu) also hang out with the big kids of streaming.

But Verizon has taken an interest in teaming up with more upstart streamers, recently helping launch Discovery+ with the same sort of free offer it put together for Disney+ back in 2019. The agreement with AMC+ gives Verizon another weapon in its bid to attract new customers and keep existing ones, but for AMC Networks, it offers a huge opportunity to expand its subscriber base relatively quickly. And the timing is intentional, since The Walking Dead is about to begin its final season on both the linear AMC cable network and the AMC+ platform.