Amplitude Studios’ upcoming strategy game, Humankind, will be the first Stadia release to feature a new touch-focused control scheme when it comes out on August 17th, according to 9to5Google and confirmed to The Verge by Google. “Direct touch” is designed around multitouch finger inputs like a traditional mobile game, rather than the previous way you may have played Stadia on your phone, with a Bluetooth controller or gamepad overlay. 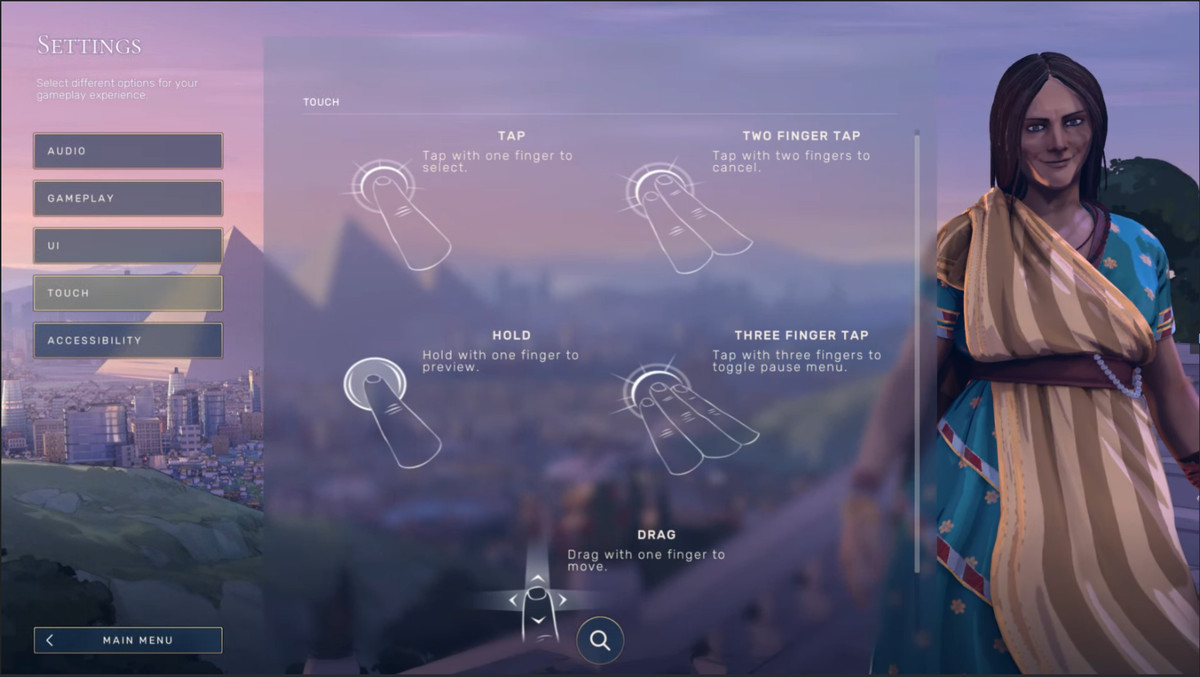 The touch controls for Humankind with direct touch enabled.Image: Google

The game will also feature Stadia’s State Share feature, which allows a friend to pick up where you left off in a game just by sharing a screenshot or video clip with them. In the case of Humankind, that also allows you to use a feature called “Leave Your Mark” where you let your friend play through your same world, find the ruins of your civilization, and compare their achievements to yours as they play. 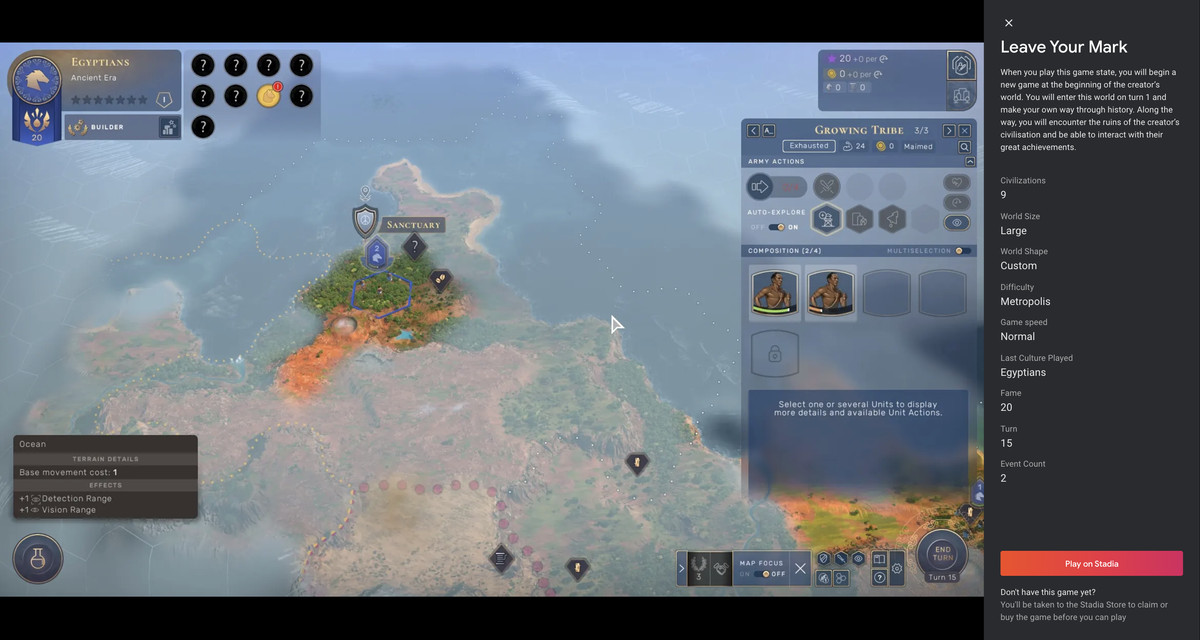 Stadia’s state share feature with Humankind’s “Leave Your Mark” twist will allow friends to play through each other’s worlds and interact with each other’s achievements. Image: Google

Using direct touch rather than a controller for a 4X turn-based strategy game like Humankind makes sense, if only because offering satisfying controller support is difficult. Strategy games require navigating complicated menus and being precise where you deploy troops or build structures. You can translate a mouse to a controller stick, but you’ll lack some of the finesse you could have had otherwise. That’s why good console-specific releases of strategy franchises like Civilization Revolution are so beloved: they strip down a game to its core elements and simplify things so they work with a controller or touch. 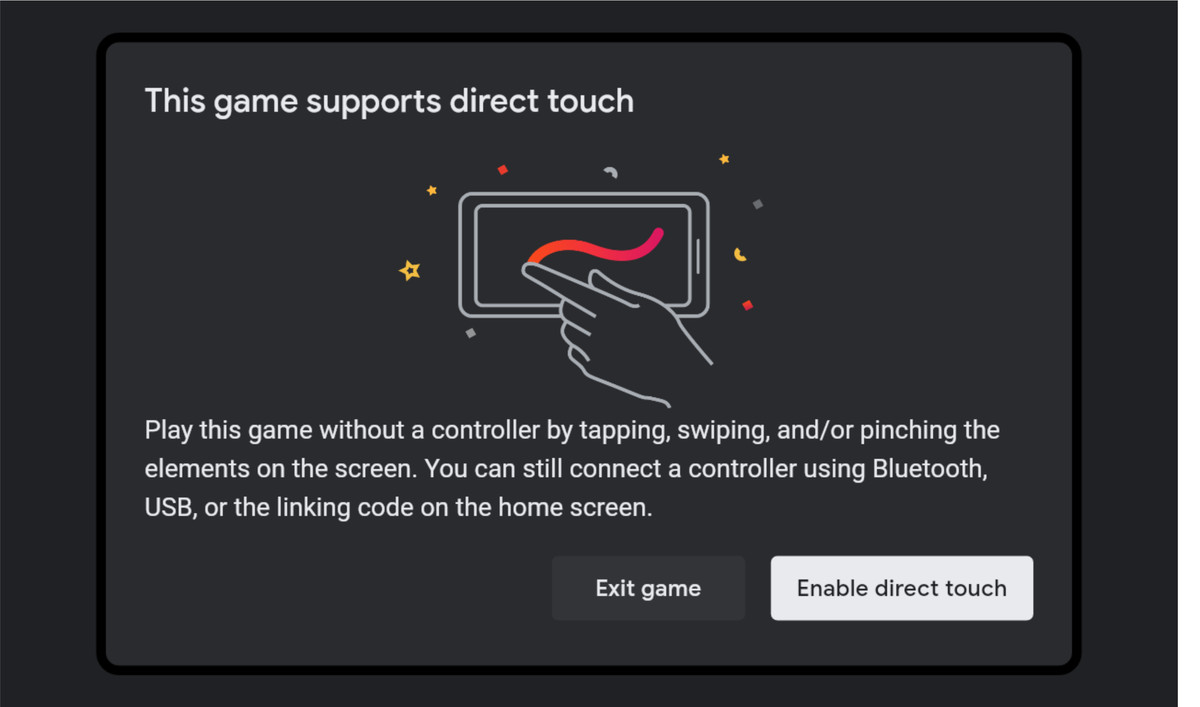 Touch controls do come with a potential extra challenge for a streaming games service like Stadia — potential latency issues. With touch, you might expect even more immediate responses to your taps than with a controller, which isn’t always possible with slower connections. When asked, Google did not share if it’s had to make any adjusts to accommodate latency with direct touch.

Direct touch was originally spotted by 9to5Google earlier this year in an update to the Stadia app on Android, and it still isn’t entirely clear what implementing the input method entails. Google says that Humankind’s use of direct touch is custom and that the feature should make it easier to port games to Stadia while maintaining the same control schemes. Whether direct touch could help mobile-first titles come to Stadia remains to be seen, but it does mean that games should be a lot easier to play on your phone in the future.

Humankind is scheduled to be released on PC, Mac, and Stadia on August 17th, 2021.