Razer is expanding its range of mechanical keyboard accessories with new keycaps, cables, and wrist rests which offer a convenient way to change the look and feel of your keyboard. The accessories start at $20 for the new wrist rests, ranging up to $50 for a customization kit that includes both colorful keycaps and a matching USB cable.

If you’ve spent any time on forums like the Mechanical Keyboards subreddit, then you’ll be no stranger to the fantastically colorful keycaps people like to customize their keyboards with. But beyond fast-growing enthusiast stores like Drop and Glorious PC Gaming Race, many of the best caps out there come from limited runs from smaller manufacturers, or with lengthy wait times. Razer’s designs might be more basic, but it’s a major manufacturer which sells through retailers around the world, which makes its products very easy to get hold of. 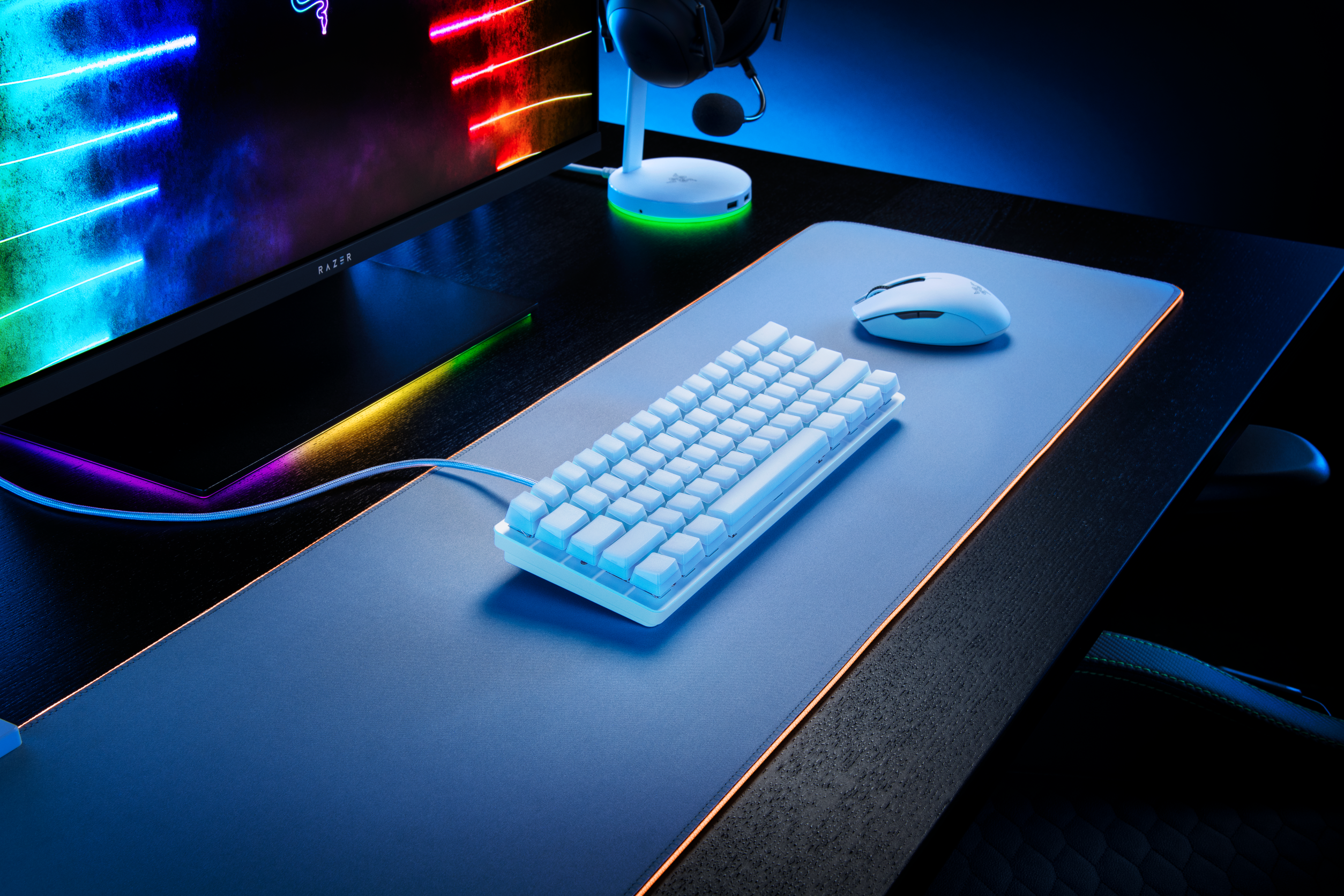 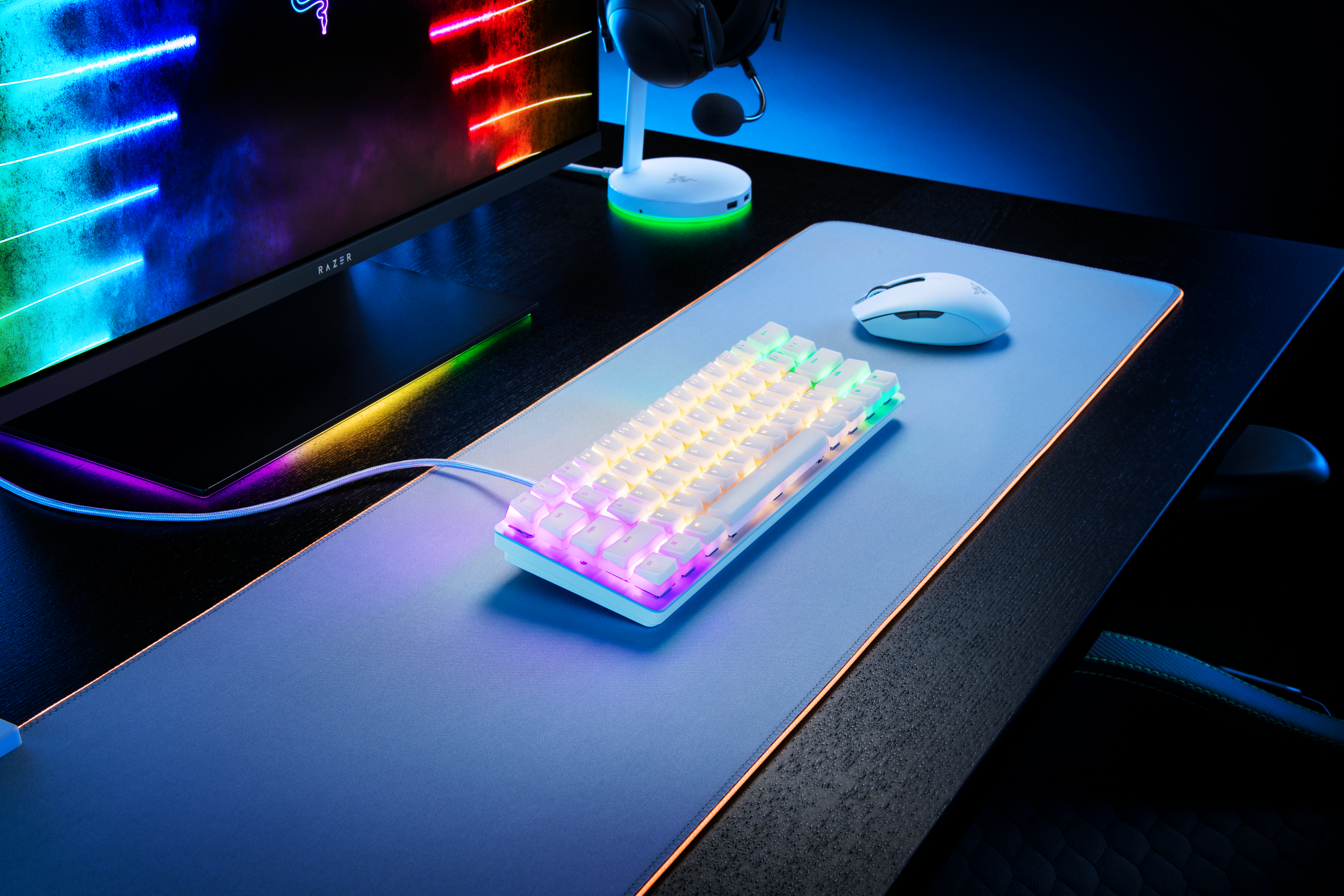 The Phantom keycaps have a translucent base, which allows a keyboard’s backlighting to shine through.

First up are new $50 customization sets. These include the same 120 keycaps made of durable PBT plastic that Razer has previously sold as a set for $30, with the addition of a new coiled USB-C to USB-A cable. They’re available in black, white, green, and pink, and feature durable double-shot legends that also let your keyboard’s backlighting shine through. They support both US and UK keyboard layouts, but Gizmodo notes that they don’t support some less common layouts like the 65-percent Blackwidow V3 Mini.

Next up are the $35 Phantom Keycap sets, which are available in black and white. The unique thing here is that the bottom half of the keycap is translucent, which should pair well with backlit keyboards. They’re made of less premium ABS plastic (which tends to develop a shine over time), but come with 128 keycaps in the set, meaning better support for keyboards with less standard layouts. 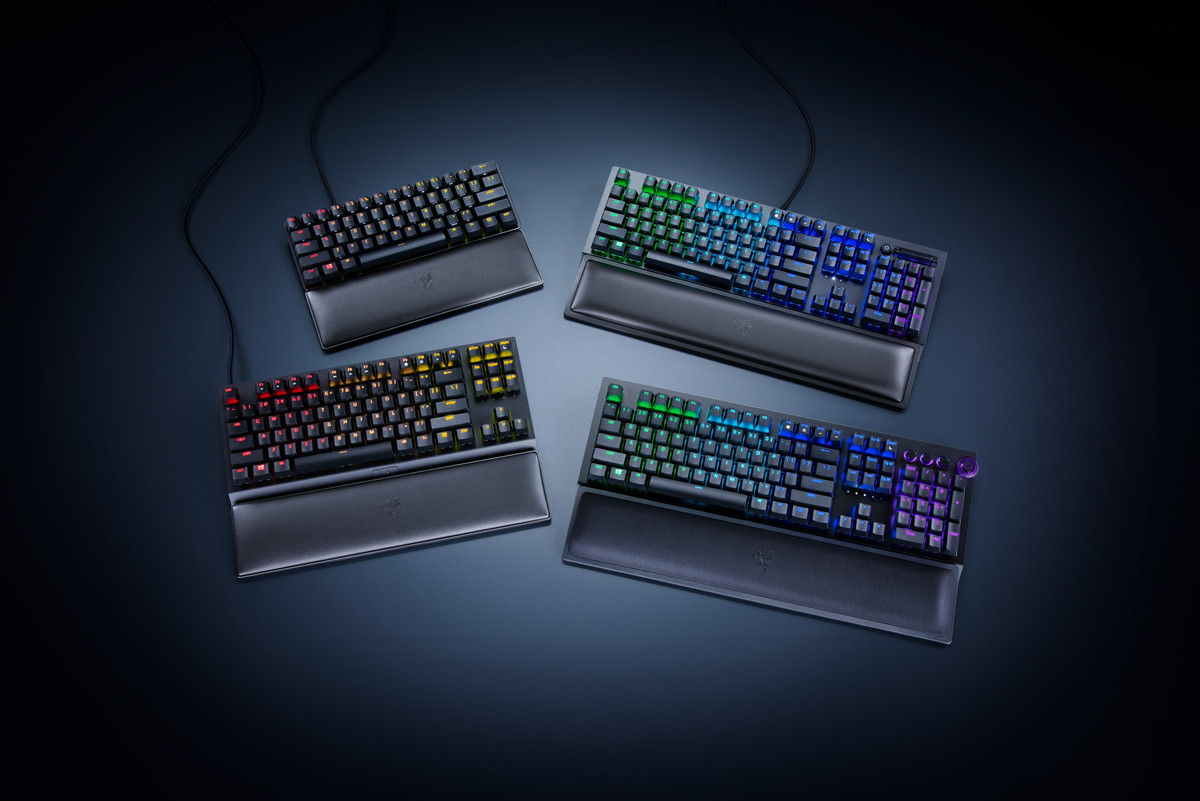 Wrist rests for all the family. Image: Razer

Finally there are Razer’s new $20 wrist rests for compact tenkeyless and mini keyboards. They’re meant to offer more comfort compared to the rests that come with many of Razer’s keyboards, with a memory foam interior that should be a little easier on the wrists.

Razer’s new kits are available on Razer.com now, and the company says they’re coming to more retailers from September 11th.