I’ve often wondered if part of the reason that there is so much venom spewed on Twitter and other social media is that it’s difficult to actually recognize pieces of text on a screen as being from real, feeling human beings.

I was nudged into this thought by a recent Washington Post story about Brianna Wu, who had been the target of extreme harassment several years ago during the GamerGate situation. She is apparently getting contacted by some former members of that group, who are sending apologies and regrets for their past actions. The story reminded me of something that happened to me way back when, during the days of the BBS (bulletin board system).

Bear with me for a couple of paragraphs while I set the stage.

First, for those who may not not know, BBSes were text-based online discussion groups, many of them local, that were popular before the web became dominant, mostly in the 1980s and early 1990s. (The Atlantic ran a story in 2016 that gave a nice feel for what BBSes were.) I became a member and then a sysop (system administrator) of one of these NYC groups, called the Women’s BBS (or WBBS). We tried to create a place where people could have a reasonable conversation at a time when women were still seen as interlopers in many (possibly most) online spaces. While there were women-only areas in the BBS, most of the discussion groups were open to all.

Naturally, we got our share of, well, jerks. Those who seemed able to at least hold some kind of discussion, however acerbic, got moved to a separate section called “The Battleground,” where anyone who liked confrontation could yell at each other to their heart’s content. The really nasty posts were just deleted.

One day, I was doing my usual rounds of the new entries and came across one such post, a collection of rather feeble obscenities

Which brings me (finally) to my story. One day, I was doing my usual rounds of the new entries and came across one such post, a collection of rather feeble obscenities. I was going to delete it, when I realized (from the general tone and some of the misspellings) that it was probably written by someone in their teens or even younger. So instead, I posted a reply, something like: “Do you realize that some of the women here are your age? And that some are your mom’s age? Would you say something this hurtful to your mom? Or to somebody you know?”

A bit to my surprise, I got back an embarrassed reply. It turned out that the rather stilted nastiness was from a 12-year-old who hadn’t psychologically processed that the people reading his post were actual, real humans with personalities and lives. To him, they were just impersonal names on the screen, names that were associated with a movement that he had been told was ridiculous and comic-book villainous. By replying to him as a real person, I had become real.

We conversed back and forth for about an hour — about his life, about school, and other topics. At the end, I asked him to always think about who was going to read what he posted online, because they were as real as he was. I don’t know if our conversation made any difference to him in the long term. I like to think it did.

Of course, since those first baby steps of online interaction, things have changed radically. 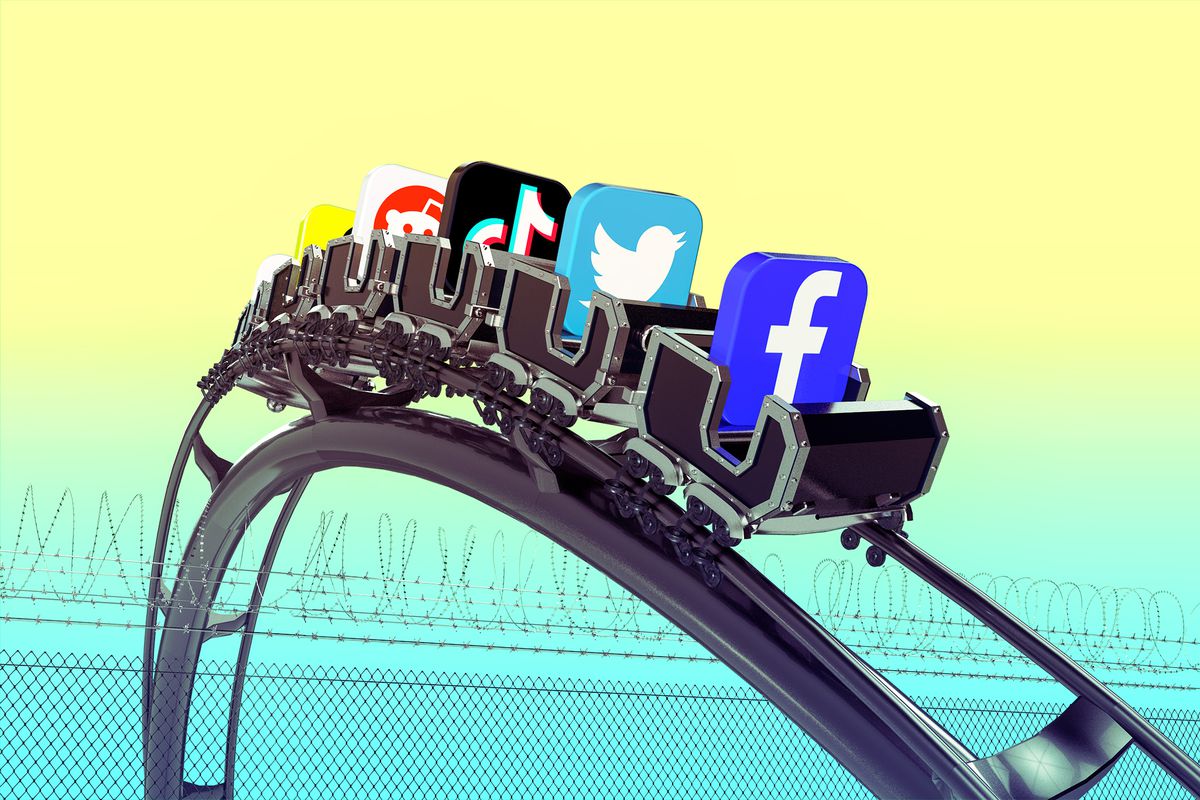 The online universe is a far, far more complex and often frustrating place to navigate. Illustration by William Joel / The Verge

Not only have services such as Facebook and Twitter made online conversation part of everyone’s lives (rather than a subset of the computer-literate), but we are no longer just exchanging text messages. And you would think that apps such as TikTok would make it obvious that the people who are sending their messages out into the world are, indeed, people.

Or not. In my experience, videos on TikTok and YouTube seem to attract as much, if not more, vitriol as text messages.

So I went looking for answers. There have been loads of articles pointing out the psychology of online interactions and positing various theories as to why people seem to feel freer to attack others online. One, from Mosaic Science and republished by the BBC, describes several behavioral experiments and posits that if you’re mean online, nobody you know in “real life” will see. Another, from KQED, describes the “online disinhibition effect” which says that being online lowers your inhibitions. And yet another from the Chicago School of Professional Psychology talks about how social media negatively affects our self-image by causing us to constantly compare ourselves to others.

And those are only the first three I came across.

Because we’re human, there are no definitive answers. Which means that when I scan Twitter, or check out the comments on TikTok, or the replies to articles, and see the way people dash off smart-ass, nasty answers to posts about tragic situations or relatively innocuous observations, I still wonder. Are they doing it just because they can? Because they had a bad day and this is one way to let off steam? Because some of us mistake insult for wit? Because by expressing disdain of some people, they are looking for the approval and support of others?

Or is it that, despite the photos and videos, we may still not truly see those others out there in the ether as human?