It’s been notoriously difficult to watch lost classics like Vincent Chase’s Aquaman or The Rural Juror— in part because they’re not real — but thanks to the launch of Nestflix, that’s all changing. Those movies are from Entourage and 30 Rock, respectively, created as gags or plotlines, but Nestflix, “the platform for your favorite nested films and shows,” will let you browse them anyway.

The basic premise behind designer Lynn Fisher’s Netflix alternative is “what if every fake show or movie featured in a real show or movie lived on a single platform?” The result is something that looks a lot like that red-and-black-colored streaming service you might be familiar with, populated with fake TV show and movie listings for projects that never existed. 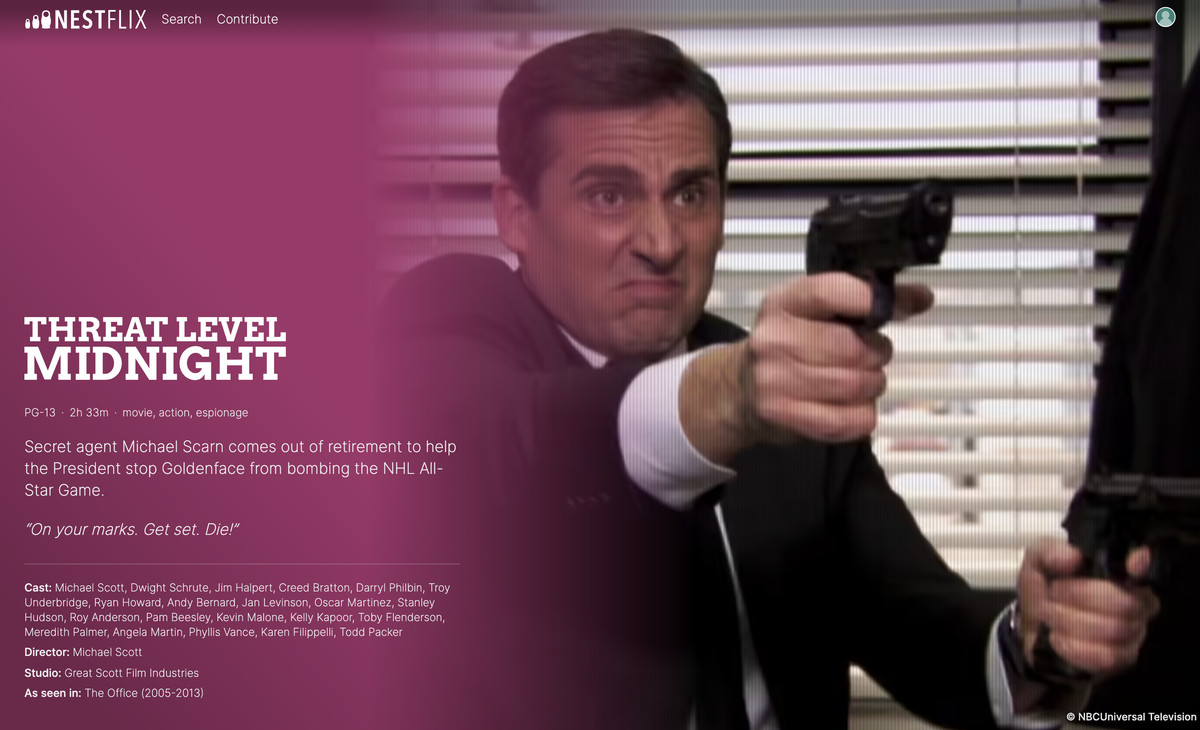 It’s a fascinating look at how self-referential most modern film and TV is (there are a lot of fake sequels), but also how ingrained Netflix’s content strategy and interface are in our culture generally. It’s one thing to cut away to a scene from a fake movie or show during a comedy, but it’s a whole other thing to have it packaged up with stills, art, and metadata like it’s ready to stream. It doesn’t make any of the fake movies or shows feel more real, but it does make them funny all over again.

You can browse Nestflix right now and also contribute any shows or movies it’s missing.